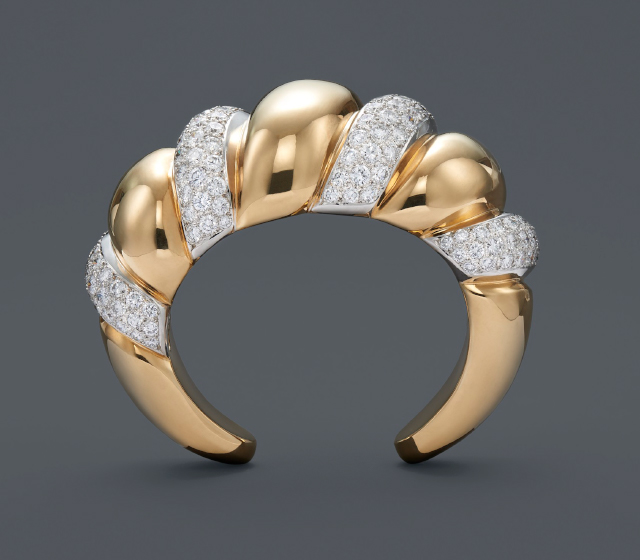 Many jewelers are known for catering to royals, celebrities and socialites. The house of Boivin holds a different status: jeweler to the intelligentsia. Luminaries of fashion, art and academia, including Edgar Degas, Jean Hugo, Cole Porter, Sigmund Freud and Cecil Beaton, were clients. A uniquely avant-garde spirit drew these iconoclasts.

René Boivin, a goldsmith, founded his company in 1890 in Paris. When he married Jeanne Poiret, sister of the famous couturier Paul Poiret, he gained entrée to the high fashion world. His forward-thinking designs rejected the era’s delicate Art Nouveau proportions in favor of chunky jewels inspired by the Middle East and Asia.

When Rene died young in 1917, his wife Jeanne took over the direction of the house of Boivin, a daring act for a woman of the time. She hired mostly female designers, most famously Suzanne Belperron, who conceived many of the company’s iconic creations. This was jewelry for a different kind of woman—strong and modern, with a mind of her own. Boivin pieces marked high fashion rather than high status (although they telegraphed that, too, to those in the know). They were sensual and generous, with texture and dimension. Citrine, aquamarine, topaz and lapis were the colors of a palette that gave life to wearable gold sculpture.

Most Boivin jewels were commissioned one-of-a-kind pieces, and were almost never signed. Jeanne considered them distinctive enough to be recognized on sight. They are just as singular today as they were in their time—and highly desirable. Consider yourself lucky to find a Boivin piece; collectors rarely part with them.